Home  »  Articles   »   3 Reasons Why Pomegranate is a Superfruit 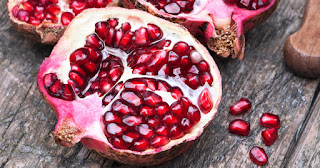 The name “pomegranate” (Punica granatum L.) derives from the Latin pomum and granatum, meaning apple-seeded. The fruit’s numerous seeds have made it a symbol of female fertility. The ancient Greeks believed it to be a symbol of life, marriage, and rebirth.

The Composition of Pomegranates

Pomegranate contains the phenol ellagic acid, which in recent research has been associated with protective effects against cancer. The fruit is a good source of vitamin C, tannins, and flavonoids. Major anthocyanidins include delphinidin, cyanidin, and pelargonidin, which contribute to the pomegranate’s antioxidant activity.1 An examination of the pomegranate fermented juice and seed oil’s antioxidant properties found …read more


Warning: Use of undefined constant rand - assumed 'rand' (this will throw an Error in a future version of PHP) in /homepages/4/d181863590/htdocs/12/wp-content/themes/ribbon/single.php on line 48