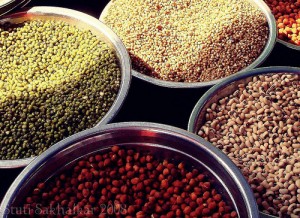 Beans are the best food you’re probably not eating. Chances are you have a can or two collecting dust in the back of your pantry when it could be fueling your body. Why? Because beans get a bad rap. For example, fans of Mel Brook’s Blazing Saddles will no doubt remember the notorious and hilarious campfire scene that involves the after-effects of eating beans. But you don’t have to know that movie to have heard a bean/gas joke in your lifetime.

Poor beans! If they’re not the butt (yes, pun intended) of a fart joke, then they’re often dismissed as …read more


Warning: Use of undefined constant rand - assumed 'rand' (this will throw an Error in a future version of PHP) in /homepages/4/d181863590/htdocs/12/wp-content/themes/ribbon/single.php on line 48